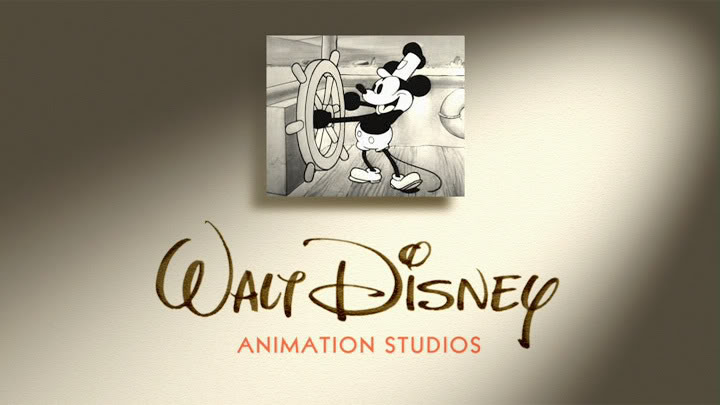 On to the top half of the list. Items 50-41 can be found here, and it daisy-chains its way back from there if you’d like to revisit the list to this point first.

This is a bit divisive, but Disney adopted a rougher style in the 1960s and 1970s that I kind of love. If you’ve ever seen footage of animators working, you will have undoubtedly seen the guidelines in place as the artist begins to shape the character: 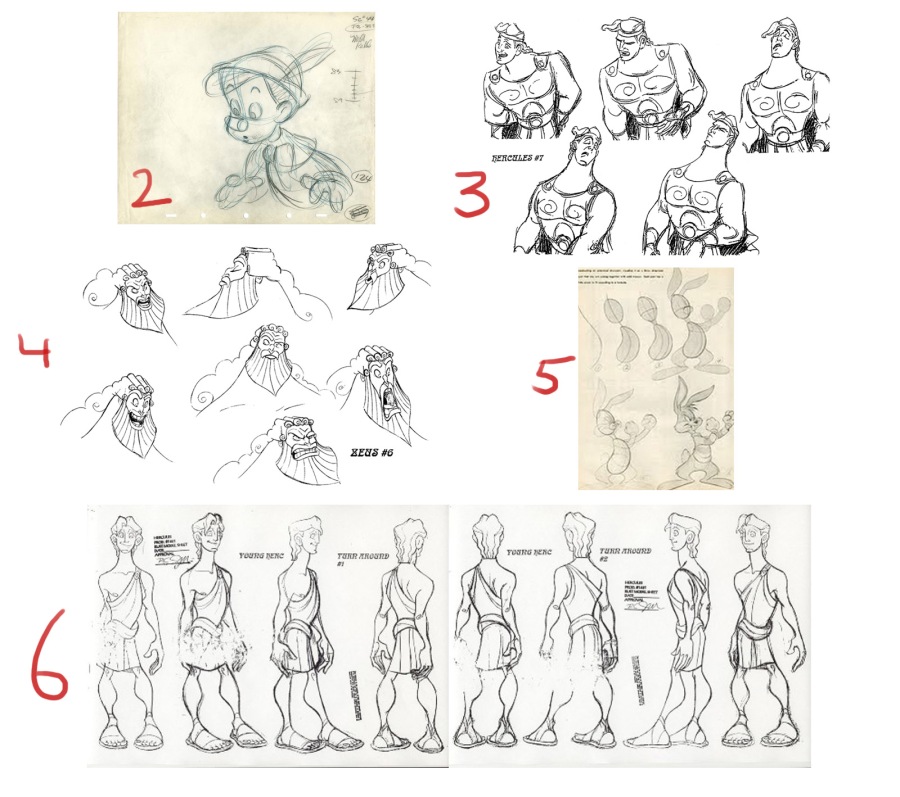 In the finished product, animation teams clean up those lines before painting. This generation of Disney artists said, “No, it’s animation. Let it look like animation. Let the work show through.” And it does. Throughout the entire film these imperfect marks show up around the characters. Some deride the look as unfinished, but I think there is an artistry to it. It’s like Jan Van Eyck’s The Arnolfini Portrait where Eyck is visible in the mirror behind the subjects, reminding the viewer that the painter is there in the picture, too.

Pair this artistic decision with the characters’ charm and the jazz infusion and one has an instant classic.

And if you disagree with this ranking remember, “Ladies don’t start fights, but they can finish them.” – Marie

Disney’s Folly. The first* animated feature film of all time (Quirino Cristiani created El Apostol 20 years earlier, followed by his Peludopolis; and the Russian film The New Gulliver beats it by a few years – but the box office didn’t notice them). Disney himself was already several years into producing animated theatrical entertainments, but no one believed the medium could sustain a feature-length runtime.

For the very reason that sequels appear further down on this list, Snow White gets a significant boost: it’s the first. Disney lacked precedent for doing this at this scale. The studio revolutionised several animation techniques prior to Snow White, but now applied them to a feature film to the tune of a special Oscar (complete with Seven Dwarfs).

We must recognise the significance of Snow White within the historical context of its animation milestone even if the story lacks behind many of those created in the wake of its success.

This movie is pure fan service. It’s a love letter to Disney fans. Did it deserve to get this high on the list? Maybe not. Maybe they pandered successfully enough to me for me to take it easy. Like other canon sequels, we have to deduct some points because we have Wreck-It Ralph (and all of the other Disney things this film references), and that dependence gives it a handicap.

I mentioned in a previous entry the idea of comparing classic princesses like Snow White and Cinderella with modern entries like Elsa and Moana. Even Aurora bears a distinct style from Cinderella because of that whole thing with the background artist.

One of the things I found so fascinating about this film was the believable standardisation of styles across all eras to bring the characters together. They manage to honour what is unique about the character styles (albeit with a slight hiccup on the part of Tiana) while making them all fit within a single universe.

Word in the utilidor is that Disney intended for an instalment of Fantasia every few years. Sixty years later the world finally received entry number two. Symphony No. 5, Pines of Rome, Rhapsody in Blue, Piano Concerto No. 2, The Carnival of the Animals (Finale), Pomp and Circumstance, and the Firebird Suite. Oh, and they bring back the original Sorcerer’s Apprentice along with a slew of celebrity hosts to introduce the segments!

This movie is not Fantasia; it does not capture lightning in a bottle the way the 1940 original did. It does exceed the budget-restricted efforts of Make Mine Music and Melody Time by dedicating itself to the specific task of developing segments for this purpose the way the original did, and we receive wonderful moments as a result.

The Pines of Rome is striking. Rhapsody in Blue is the poetry it deserves to be. Donald and a flamingo with a yo-yo deliver some vibrant fun before the film culminates, like the original, with a brilliant juxtaposition of opposing forces in the Firebird Suite with a visual feast between the firebird and the spring sprite.

The end of Walt’s role in the canon – this would be the last film with his direct involvement, and the film that really begins to introduce a new generation of animators to the fold. It introduces the earliest aspects of that rougher animation style that would dominate much of the 1970s while still be a quintessential piece of Disney animation.

If you are keeping score at home, you know that Disney (and later Pixar) up the pace with their releases as the year’s progress and we’re running out of pre-Renaissance era films for the list.

There’s a reason why this one held out so long – in a generation marked by consistent success in animating stories, The Jungle Book stands a paw-paw above most of the competition with its style, storytelling, and musical composition. Walt winding down his career and a cross-section of genius animating generations combined for something special here.

I feel a weird sort of confirmation in this next little stretch. To recap, we just covered Snow White as the OG of feature animated films – first in the canon – and you probably noticed that Toy Story is still absent from the list. Then we discussed The Jungle Book and how it managed to stand out among an older generation of films with fairly consistent production quality.

In other words, the first films in the canon get some bonus credit because they were first, and then we observe a tendency for studios to figure out how to proceed and so separating films can get a bit tricky.

It comes as less than surprising to me that both studios’ number two films appear in roughly the same spot and for the same reason.

Pixar revolutionised the animation industry with the release of Toy Story in 1995 and followed up with A Bug’s Life. While it does not have the novel, trailblazing element of Toy Story, it does represent a studio who now has a title under their belt and gets a second chance at a first impression by applying lessons learned to a new effort.

Standard sequel rules apply: we already have Frozen and so the characters are not new. The universe is not new. Had we not had that first movie, this would not be possible in this fashion and because we owe so much to the original we have to bump it down a bit. To that end, one could make criticisms of the formulaic approach to the film; the way some character development felt undone and then redone from the original, and the way the music seemed to capitalise on what worked about the first film.

That said, from an animation perspective this movie is incredible. One of the elements to discuss with the original Frozen will be the role the ice plays in animation challenges, but Disney does up the ante with the sequel by introducing the autumn elements. There’s wind, the hair effects they’ve been perfecting since Rapunzel, and the water/ice. The film is beautiful. 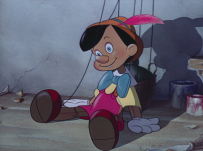 Back to our follow-up discussion. The encore to Disney’s premier was 1940’s Pinocchio where we once again find a studio riding high. “We did it. A feature-length animated film to critical acclaim!” I cannot overstate the accomplishment that was. Disney took lessons learned in producing Snow White and translated them into a second feature.

The quality shows. This is a studio that definitely came into Pinocchio with all the confidence in the world. It was no longer a folly. What did not exist to most audiences in 1936 was now a thing and Disney was the group to deliver it.

It gives us “When You Wish Upon a Star”, a song so iconic that it became the theme for the entire company. We have the water sequence with Monstro. There is the Pleasure Island sequence that employs light to great effect. They did not simply produce a second feature – they flexed their animation muscles in this classic.

The entry for Saludos Amigos covered the history of Disney’s goodwill tour to South America, but that tour did not end with Saludos Amigos. Disney’s second package feature was a similar goodwill effort geared towards the United States’ southern neighbours, with The Cold-Blooded Penguin; The Flying Gauchito; Baía; Las Posadas; Mexico: Pátzcuaro, Veracruz and Acapulco; and You Belong to My Heart and Donald’s Surreal Reverie.

Unlike Saludos Amigos, Three Caballeros abandons the documentary format for a narrative in which Donald receives gifts for his birthday, and those gifts become the window into the various segments. While the animators enjoy Fantasia-style freedom for their art in several sequences (unlike a traditional feature), the film also blends live action with the animation. This blend becomes crucial for other classics like Pete’s Dragon, Mary Poppins, and Who Framed Roger Rabbit.

Confession time: I don’t want to like Chris Pratt. There is a bit of an artistic elitist in me and his small voice whispers, “There are objective reasons for you to say, ‘No thanks, not into him.'” It drove me crazy in Infinity War when he loses his patience and essentially frees Thanos. One, Strange probably knows that has to happen for them to win that one outcome; and two, I think, “We’re supposed to be annoyed in that moment. That makes it fantastic acting.”

But when word came out about Onward with Tom Holland and Chris Pratt taking the lead characters I thought, “Awesome – I stan Tom Holland forever – but Pratt? Like, is the studio just coasting on MCU success and trying to push out an easy win at the box office here?” Suffice to say, I was not enthused.

The movie impressed though. It has a ton of heart and loads of fun (as one ought to expect of both Holland and Pratt at this point), but also enough to keep it from become predictable. The film doesn’t go for the ridiculous Shyamalan twist; it just keeps things unbalanced enough to keep your attention. It does this with more of Pixar’s stunning background animation and a unique premise – all of the characters are legendary. It’s not anthropomorphic animals or humans in a high fantasy setting like we see from Disney. Pixar stuck to its practice of telling stories that Disney does not (toys, cars, monsters, bugs, feelings).

Whew – nitty gritty time. So, have you been keeping track? Is that little voice in your head running through all of the Disney and Pixar films you have not yet seen in the rankings and imagining where in the top 30 they will fall? Are you a casual fan thinking, “I can’t even think of 30 more films. There are 30 more films?”

The heavyweights are on the way!