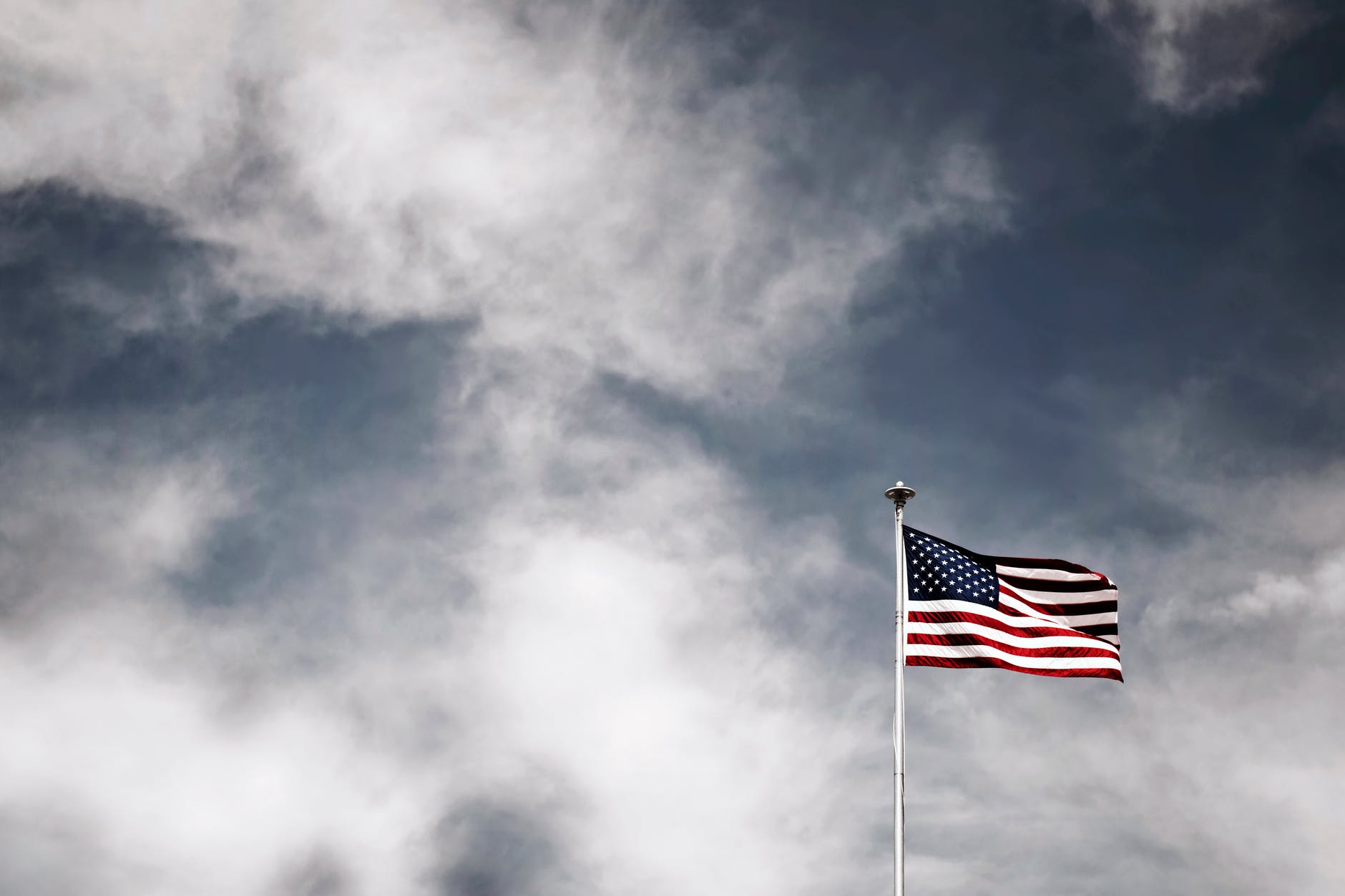 I am not much of a Republican or a Democrat. My ideology is at times offensive to both party lines and so I could not imagine success representing Americans with either despite sharing plenty in common.

Consider, for example, that I support small government and minimal regulation. I differ from the average Republican in what I consider small and necessary though, and the last twenty-four hours of US history reflects that. It’s also the reason I feel compelled to write this piece.

What each subsequent layer of government adds is protection and stability. The majority of protection beyond my household comes from the municipality who ought to know best the challenges and needs of myself and the households around me. The county, state, and federal government ensure that I can expect similar protections of the broadest nature wherever I am in this country.

I found myself crying as Senators spoke Wednesday evening, the Houses reconvened after several hours of lock-down when mobs assaulted the Capitol; Republican Senators – those who sided with a President that I dislike with immense passion. They spoke as Americans, as bi-partisan civil servants who understood their role and knew when it was time for politics to end.

The 45th President of the United States, even that very morning, sowed division and dissent to the point of inciting said mob on a foundation of lies, bravado, and conspiracy theories. Everyone knew chaos was possible, perhaps even expected. Everyone knew this man would not accept losing.

Therein I find the problem. Winning. The great American failure. Winning is the most important thing in America. This is not a political problem; our politics reflect our nature – that is what makes democracy so fragile. In America, winning is the goal. Living is not the goal. Achievement in a losing effort is not celebrated. Winning.

It was on this normally routine day of certifying the Electoral College count that I observed Republicans denounce the President for what he had wrought and encouraged, with their opposition, a peaceful transition following the lawful certification of votes. Many called for Trump to speak out against the mob he incited. Twitter and other social media platforms moved to restrain Trump’s reach because of possible violence.

That same Electoral College handed Trump the Presidency via this same process in 2016. We saw the 2016 Presidential race. We watched the 2016 Republican primaries. We saw The Apprentice. We saw television interviews. We saw Home Alone 2. We knew Donald Trump.

At one point Senator Lindsey Graham referred to Trump as a “consequential President”. What he meant by that is despite a contentious relationship, Trump was a Republican President who cleared the way for their party to enact policies they wanted to enact. He appointed judges who viewed things their way. He was part of the team.

Graham and so many Republican lawmakers pointed to the mob activity earlier in the day as a bridge too far. They could not pursue partisanship in the wake of such events. It had to stop. They needed to come together as an American legislative body, enfranchise American voters, and certify results.

However, the Donald Trump who spoke to the mob that would assault the Capitol that Wednesday afternoon was the same one who campaigned in 2016 after decades in the American public eye. It was a Donald Trump Republicans championed all the way to this point. Now that Trump lost and was going to be no longer part of the team, Republicans found their bi-partisan conviction.

This is not a condemnation of Republicans. This is America. This is the problem of winning. Republicans, as with Democrats, want to enact their policies. Democrats, as with Republicans, disagree with the general ideology and philosophy of their opponents – and that is before factoring politics into politics. It is far easier to achieve party goals when the party has the majority say.

Trump was the Republican say in the Executive Branch. Love him or hate him, that means Republican policies.

Except, as I wrote with the confirmation of Brett Kavanaugh and the too-narrow defeat of Roy Moore in Alabama, at what cost does such a victory come? Was there no other potential Supreme Court nominee with a similar perspective on the issues and a less impeachable character? Am I to believe that Alabama possesses not a single other Republican capable of that office that so many Alabamans prepared to overlook the many faults in Roy Moore?

Is enacting Republican policies at the federal level worth supporting someone like Donald Trump to this point? It is, after all, possible to impeach the person without impeaching the office or the philosophy. Everything about Donald Trump’s character is impeachable (and, for those bristling at the word “impeach”, I recommend a quick glance at the definition of the word and not the US legal term).

We see this everywhere. Sports is an indictment of sportsmanship. We hear things like, “If you aren’t cheating, you aren’t trying hard enough.” My question as a spectator, indeed, even as a recreational child athlete, is does it count as a victory is one has to transgress the rules to achieve it? Doesn’t the very act of cheating indicate that the other side was the better? Sure, it might be a win on one’s stat sheet, but the truth of the matter is that the other was superior.

Winning in America has, to my mind, come to count for nothing. The public even sees it. How many wins and records bear an asterisk for one reason or another now?

This, by the way, is where I start to fail as a Republican. While I observe the fundamental need for small government and minimal regulation, I observe a democracy and “free” market obsessed with winning to the detriment (and disenfranchisement) of its constituents.

We should have a small government, but it must be large enough to oversee the conduct of crucial institutions. We should have minimal regulation, but it must prevent Saturn from consuming his children. Our market is not free – people manage our market; people obsessed with winning who will do whatever it takes for Q3 profits to exceed Q2. They, the organisations, do not care about you or your family until it becomes necessary to their profits to do so.

I’m looking at you, Twitter, censuring Trump on January 6, 2021 because his tweets “might incite violence”. I find it more than a little suspicious that only now does it seem an appropriate measure.

If one is a manager or executive or politician….literally anyone…the problem is a culture of winning. I empathise with that. To be a Republican Senator doing in 2018 what Republicans Senators did today would be political suicide – not because they were the only Republican with a spine but because they were the only one who chose to embrace it against a culture that would not tolerate it. Other Republicans who otherwise possessed spines would have no choice but to ostracise that member or the culture would come for them.

Try being the manager who can make the ethical choice and post a nominal loss for the quarter or make the morally ambiguous choice and post profits. See how far the nature of business in our culture permits one to advance with those decisions. Those prepared to take the latter course will destroy the person prepared to take the former, and our winning-obsessed culture will allow it.

The American system allows the greatest degree of self-determination in the world. I still believe that. That does not mean that it allows for self-determination. In our frustration with that poor understanding, Americans embraced a “by any means necessary” attitude towards life. If you aren’t succeeding, you aren’t embracing what it means to have the freedom of an American.

Ironically, what we find instead is the utter rejection of the social contract and everything that was supposed to make us American in 1776. Rather than cooperation, we claw over one another and point to groups in the United States that have the least as the reason for our failure.

It’s life, liberty, and the pursuit of happiness. The happiness is not guaranteed, but the idea of America was to provide every freedom and opportunity to achieve it. Somewhere it got twisted that if we had not achieved we had not fulfilled some obligation. Winning at any cost simply to say that one had won became paramount, even if that meant cutting down neighbours and blaming the have-nots in the process.

I saw glimmers of what inspired me about the United States today for the first time in many years, glistening in the corner of the darkness. We still have quite a way to go though.