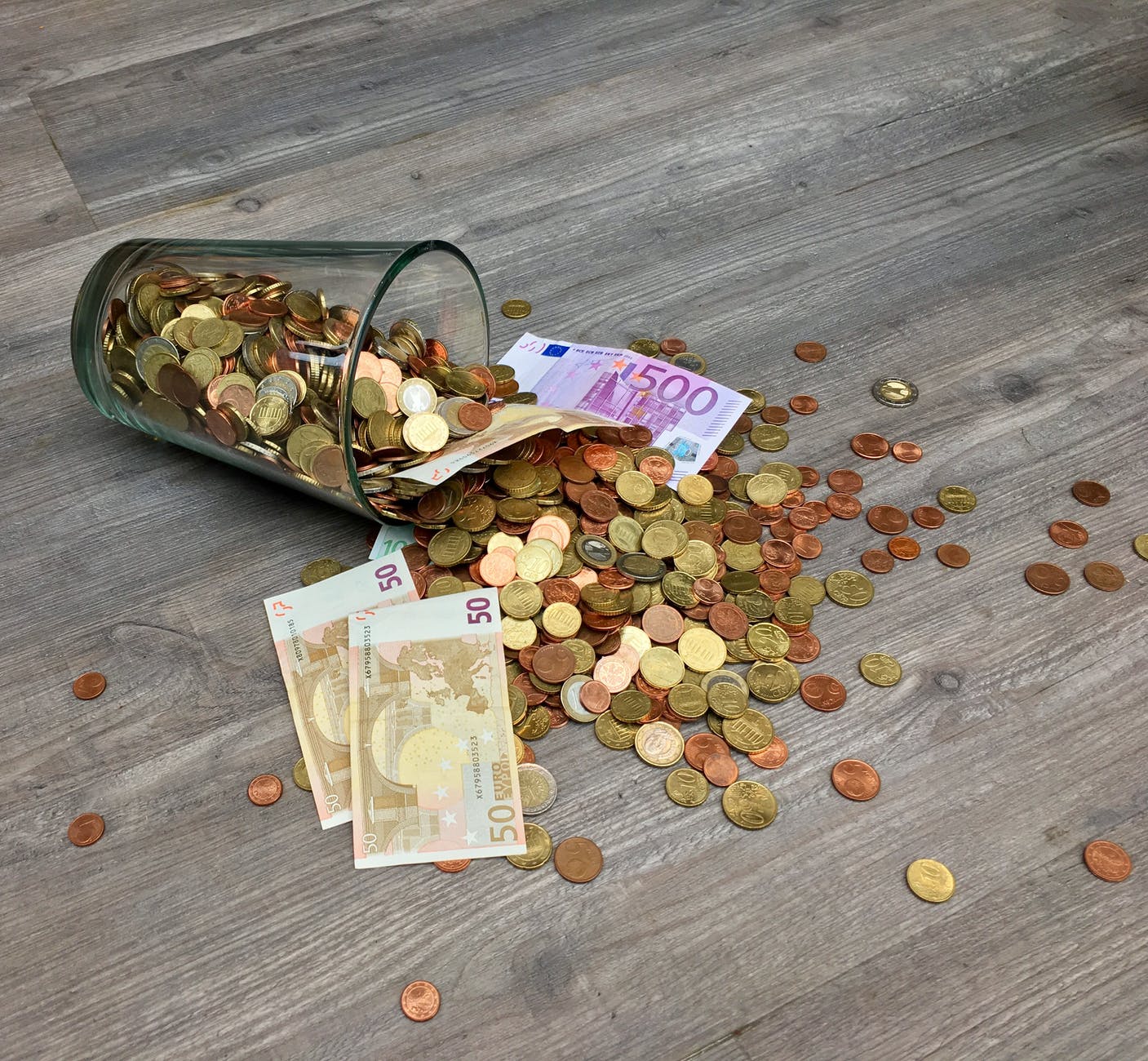 For better or worse, I am going to start off with capitalism. I don’t know that it’s correct to argue that capitalism is the culprit for all of the ills this piece plans to discuss, but it certainly isn’t helping any of them and I think we all need to start off on the same page.

More specifically, I have a problem with the notion of profit. Finance exists on the foundation of a simple equation: assets are equal to liabilities plus equity. Assets refers to everything possessed by the entity in question. Liabilities is what the entity owes to other entities. Equity is the balance, where one finds profit or loss on a balance sheet. This all relates to the functions of providing goods and/or services to other entities. The accounting equation helps to establish the cost of producing a single unit, whether that unit be a single item of merchandise or an hour’s worth of an employee’s time. In other words, how much does it take to convert raw materials and overhead costs into a product one can sell?

That cost gives way to an important decision for any entity: price. Charge too little for a good or service, and the entity will fail because it will expend more resources than it acquires. Charge too much, people will simply decide not to purchase the product and again the entity fails. The trick for entities in a capitalist society is to set the price as high as possible to maximise the difference between cost and price: profit.

That is the goal of unfettered capitalism: to maximise profit. This is not a noble goal from a social perspective, as that goal serves only the economy itself and not the society. Strictly speaking, it’s an amoral phenomenon; a mathematical mistake perpetrated on the many. From a human perspective, it’s an immoral practice. We’ll get more into that in a moment.

In terms of fairness, a person should receive compensation for what they provide. Most of us provide some version of labour in the pursuit of goods and services that others will sell. We manufacture the goods, provide the services, and so forth. In exchange for that we receive a salary – an amount of money agreed upon by employer and employee. “You will receive this amount per unit to work here,” whether that unit is per hour, per year, or per unit.

The thing about that arrangement is that the salary remains fixed. If a person wants to earn more money, it requires more hours or more production. If an owner wants to earn more money, it requires only increasing the price or decreasing the costs. A labourer has a restriction on their earning; an owner remains limited only by their ability to convince people the price is reasonable.

A notable sticking point in this debate is the idea that price is “whatever someone is willing to pay for it.” From a purely economic perspective, I understand and acknowledge that. One does not charge $3 for something that people will pay $4. There is, however, a glaring difference between “willing to pay” and “obliged to pay,” and this is where the human element of capitalism introduces its nefarious side.

Socially, I argue that the price ought to be close to the cost. This process will never be perfect, and it behooves organisations to err on the side of profit rather than loss, but what is socially fair for the price is what it cost the entity to produce it. Remember, cost covers everything associated with that production process. It’s not just the raw materials for a good, it’s the time spent in research, the human resources overhead, the cost of pencils for the office, everything.

In other words, if the owner wants to earn more money, they can sell more of their good or service. Earning more money by increasing the price is a greedy tactic, and one that is causing bigger and bigger social problems.

Consider oil companies. We watched gas prices skyrocket earlier this year and saw the usual response: supply. Demand for gas was still high, but the supply took a hit because of supply chain delays, increased shipping costs, and so forth. That all tracks economically – I am not suggesting that oil companies lied about the costs increasing. I am saying that when the cost increases, the price increase should be commensurate. Rathan than seeing an increase in revenue held back by the increased costs, we see increased profits. That means the oil companies raised prices more than was necessary.

This trend exists everywhere. Sure, we have superfluous things like Playstations and iPhones, but food and vital drugs are also for-profit. We have a segment of our society that would extend that to other things like schools and prisons, which should immediately alarm everyone. The purpose of a for-profit school is not to educate, it’s to profit. The purpose of a for-profit prison is not to incarcerate and rehabilitate, it’s to profit.

Because society has not yet deteriorated to the point of allowing monopolies again, many industries have settled for oligarchy – a detente among two, three, or four competitors who control most of the industry. If a new rival appears on the scene to challenge or innovate, the existing powerhouses acquire or destroy them (in the name of “competition” with the others). The definition of “willing to pay” is stretched about as thin as it gets.

I would also call attention to the fact that with more superfluous things, Millennials and younger generations have faced repeated accusations of “killing” industries by not spending money (https://mashable.com/article/things-millennials-have-killed). Consider the framing of these stories. Millennials “killed” a thing by freely choosing not to spend their money that way. In a capitalist society, the burden falls on the consumer for failing to subsidise a thing, rather than on companies for failing to appeal to a market.

While all of this general capitalist nonsense unfolds, we have some other key specifics. Younger generations graduate from college, where many feel compelled to pursue higher education as a gateway to careers with a liveable wage, with tremendous debt that only repayment can discharge. Most other types of debt have means to discharge the debt in exceptional circumstances (even though those have a way of damaging lives), but not student debt. Many students graduate college with a monthly payment akin to a mortgage or rent.

Which is saying something, because the cost of housing continues to skyrocket. Rents on apartments continue to explode, especially in urban areas where the jobs are most plentiful. In many markets, rent on an apartment runs comparably to a mortgage. The problem is that many do not have the financing available for a down payment on a house, so they are forced to rent and then struggle to save (again, remember that many also have student debt).

In the United States, we also face the increasing costs of medicine. Costs even for basis chronic treatments, such as those for asthma or diabetes, can be prohibitively expensive and some families have to choose between food and medicine or utilities and medicine. An unexpected medical cost might take a household from comfortable to struggling.

The need for these things will only increase, because we have been destroying the climate since the Industrial Revolution. That is settled science, no matter how much climate deniers will argue the point. The numbers are in – humans have polluted the planet to the point of disrupting ecosystems, and changes to those ecosystems further the climate shifts. Storms are more frequent, more severe, and have larger rangers.

What do those climate changes do? They put a burden on utilities (and therefore increase housing costs) and medical systems (and therefore increase medical costs). The increases on those systems result in more pollution, worsening the climate crisis. That includes things like the outbreak of diseases. Scientists have been predicting a COVID-style pandemic for years because of the combination of social and climate factors. COVID-19 won’t be the last. Again, more burden on the healthcare system (that conservatives want to privatise yet accuse of being “in it for the money” when developing vaccines and treatments).

So much of this connects to a belief in unfettered capitalism. Collectively, our goal as a society is to generate as much profit as possible. Other fantasies like American Exceptionalism and meritocracy find their roots in this. “If you work hard enough, the sky is the limit.” The truth is that if you own (read inherit) enough resources from the start, the sky is the limit, and it has less to do with hard work and more to do with shrewdness. If you are just another labourer, it’s a matter of lottery more than hard work.

We will continue to earn the same for our efforts regardless of how hard that effort is (though if owners deem the effort inadequate, we will find ourselves unemployed) while the prices around us rise so that owners can have more money. They will then apply that money to earning even more money, continuing to worsen the wage gap.

They are also the biggest violators of things like pollution. We will be told things like recycle and bring your own bag while a small proportion of owners unashamedly pollute the environment and worsen climate change. This happens while lobbying politicians for fewer restrictions in the name of said pursuit, and they have the financing to make that happen. Owners pull up politicians just enough to safeguard the system without cutting too much into their bottom line.

Meanwhile, citizens learn the faerie tale of meritocracy from a young age and plenty of have-nots will defend the billionaires. It’s much easier for have-nots to blame have-lessers, like immigrants, than to challenge the people largely responsible for our biggest problems. For some, it’s about immigrants coming over and taking our jobs (not sure which jobs; it certainly doesn’t seem to be the ones paying liveable wages) and taxing our welfare systems (the ones they want dismantled). These are also charges they like to level against minority populations. Literally anyone except the rich.

And that’s just the economic side of things.