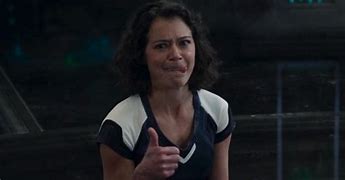 I won’t name her, but YouTube decided to hit me with a video the other day about how woke superhero Hollywood was failing women. It begins with an article supporting She-Hulk that drove the talking head into a froth because it included comments from the show creators about how the Marvel Cinematic Universe (MCU) has shied away from certain humanising things like sex.

The YouTuber agreed with that, pointing out that notorious womanizer Tony Stark is never explicitly shown sleeping around and Thor is a literal god surrounded by gorgeous women. Those men are, to paraphrase her, too busy saving the world to even notice those women.” She-Hulk, on the other hand, eschews her superpowers to pursue her career while also seeking a boyfriend.

Before we come back to the topic of the MCU women though, I want to take a moment to examine this side point that the men focus on saving the world at the expense of their love lives:

The point is, while the MCU may not make an explicit point of muscular men bedding women, women play a critical role in the arcs of most of the leading Marvel men. “Too busy saving the world to notice these women”? Most of them are saving the world because of a specific woman.

So, we put the matter of the women aside to make that point about the men – now we circle back, and I have a few personal observations on MCU women:

Broadly speaking, one of my criticisms of entertainment criticism is that people have a tendency to talk about fictional stories as though they were documentaries. While writers have a need to create a logical consistency within a story, audiences also have a role with respect to suspension of disbelief. The characters and plots do not exist to convey actual events but to convey ideas. While we don’t want to read or watch something that feels contrived, they are contrivances (which good writers disguise well).

Part of that is understanding the purpose, or theme, of a particular piece.

Captain America in The Winter Soldier stands opposite a taunting Batroc who asks if he’s more than just a shield. Cap responds by removing his helmet and putting away his shield for some hand-to-hand combat.

When Captain Marvel squares off with Yon-Rogg, she uses her powers to blast his face into a mountain.

People seem to get bent out of shape over the idea that Steve Rogers would never whip his shield at someone in that situation. He’s a true hero who rises to the challenge and fights honourably. That’s why he puts away the shield. So, why can’t Danvers put aside her powers and beat Yon-Rogg to a pulp with her hands to show that her skills have grown beyond his?

Because the entire plot of Captain Marvel is about Carol Danvers constantly under the control of other people, getting knocked down, standing up on her own, and getting knocked down again. Her victory in Captain Marvel is in knowing she can beat Yon-Rogg without her powers without having to prove it to Yon-Rogg. Her value is not in proving it to him or, by extension, the audience. It’s a different motivation than the Rogers’ situation.

What about She-Hulk then? We’re going to pivot from “Danvers does not need to define her value by proving herself to a man” to “Walters needs a man to prove her value?” No, because Jen does not need a man to establish her worth – she wants a boyfriend. She also struggles with self-esteem questions, but hers is not one of being controlled by the men in her life. She feels invisible to them. It’s normal for a person to want a relationship. To make matters worse for Walters, when she becomes She-Hulk she discovers a new world of male attention, but the men only want She-Hulk. Walters is still invisible to them (with the exception of Matt Murdock and an epic walk of shame).

It’s problematic if society says, “You’re a woman so you need a man.” That is not what unfolds in She-Hulk. Jen is a woman who wants a man despite a successful legal career – she’s in a position where she absolutely does not need a man. That agency is a huge part of feminism. Yes, she expresses several explicit feminist talking points during the show, especially during a monologue with Bruce. That’s her reality and the experience of many women.

In one of the most original, inventive finales in a long time, She-Hulk not only breaks the fourth wall again but demands changes to her finale. We don’t even see those changes unfold. She pauses the scene, negotiates the changes with K.E.V.I.N., and we understand that to be how things conclude…because the point is not the conclusion but Walters taking control of the conclusion. She pauses the episode in the climax of her “legal show” that has not been a legal show but for a few minutes to make a case for her finale. It’s Walters saying, “No – you’ve been dictating the genre and events of my show this whole time. It’s my show, it’s a legal show, and this is how we’re doing it.” Is it realistic? Of course not – but it’s not a documentary. It’s the thematic conclusion to a character-driven story.

You know what doesn’t make sense? “Hulk-King” gaining superpowers to fight Walters in another CGI-heavy battle while Titania watches and Banner inexplicably returns to fight Abomination. Fans would have been critical of that as well (I mean, rightly so in this case), but for different reasons. Any conclusion to that show that was not Walters re-taking control of the narrative would have been popcorn fodder meant to dazzle audiences with extravagance.

People love to complain that Hollywood has no original ideas, but whenever Hollywood presents one that same audience complains that it didn’t conform to the same tired archetypes and formulas that are familiar.

There’s no one objective reality to artistic creation, but one has to rely on the available evidence to make a case for the criticism. Bringing broad, real-world context into a particular story and ignoring what was presented within the story is not a valid criticism. Was She-Hulk all over the place with its story? Yes. Consider Walters’ repeated fourth wall breaks though:

When we see Daredevil in action in the penultimate episode, Leapfrog questions him giving Walters legal advice by asking if he’s also a lawyer (which he is). Daredevil responds, “No, I’m just a big fan of legal dramas.” Jen, who has been insisting She-Hulk is a legal drama the whole time, turns to camera and says, “This guy is really doing it for me.”

She refers to the show as a mess several times. When a narrator starts talking, she cuts him off with, “We aren’t doing that. We aren’t that off the rails yet.” At one point she questions the pacing.

All of that is deliberate by the writers and speaks to the aforementioned point. When someone complains, “Ugh, this show is all over the place” when ignoring EVERY SINGLE TIME the self-referential show comments on how things are all over the place, they are ignoring the theme and subjecting the piece to their expectations.

That includes all of these allegations that the MCU is failing horribly on the feminist front because Danvers doesn’t fistfight Yon-Rogg, or because Jen wants a boyfriend. It’s not anti-feminist to want a romantic relationship; it’s anti-feminist for a woman to define her self worth in terms of someone else. What Marvel delivered was 9 episodes about Jen asserting her agency and taking control of her narrative. Not everyone is going to like that story or how they did it, but the misogynistic complaints are not valid criticisms of the story.